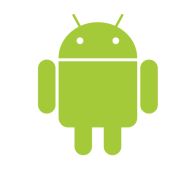 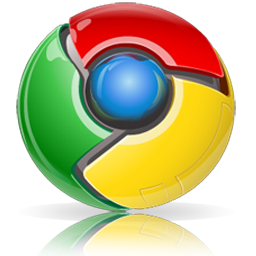 Over the past few years, Ubuntu has slowly emerged as the champion among Linux distros – having great application support, a huge and active community and having begun making major inroads in the netbook/laptop market through the deal with Dell, UNR / Easy-Peasy remix and through an announced effort to integrate with Moblin. The only other netbook competitor being the aged Windows XP, and other Linux distros. However, Ubuntu’s gains are now under attack on all fronts from some really big names in the computer industry.  Ubuntu runs the risk of being squeezed out of its current spot in the tech and linux world.

From the right, we have Windows 7, which, if tech-pundits are to be believed, is better than Vista and quite capable on running on a netbook. What does Windows have that Ubuntu doesn’t? Since 90% + of people still use windows as their primary OS, there is a certain comfort level associated with the trademark. Add to this the fact that Microsoft has longstanding relationships with retailers, and I expect this to be the option we see most on store shelves. Canonical needs to start marketing if it expects to ever be more than hobbyist OS in this arena. They need to really push/emphasize their partnership with Dell and develop many similar relationships with other manufactures. People need to hear the Ubuntu name. Hopefully, this brings in some $ for Canoncial in the form of subscription services like Ubuntu-One (hopefully there is more to come) and other support services and maybe enterprise desktops soon.

On the left side, a couple months ago we started hearing about companies shipping netbooks with Google’s Android pre-installed. I just got a G1 phone with android and love it. Because it is Linux-based and open-source, it integrates well with the current Ubuntu Linux desktop through applications like Banshee and Amarok. It has a great app store with tons of useful programs. But, I am not really pleased to see it hitting netbooks. The problem? It is not at all clear if developer efforts to write netbook apps for android will be transferable into any benefit for the greater Linux eco-system because Android is not based on the typical X.org – GTK/QT model. Sure, some Ubuntu developers have gotten Android apps to run, but it is basically an emulation that the lacks the typical Linux look and feel. So, if Android becomes too popular on the netbook front it might just end up pulling resources away from the typical Linux distros like Ubuntu. What Ubuntu needs to do to stop the Android threat is implement an app store and implement it quick. Synaptic is basically 90% there already. They just need to quickly add a way to sell proprietary apps (something like click-n-run integration). Synaptics free-software repos with the addition of an app store that contains things like World of Goo, Cedega, Codeweavers etc.. would be amazing – and would take away one of Android’s biggest advantages.

Finally, if Android is attacking from the Left and Windows 7 from the right, just yesterday we got news that Google was sending a second attack right up the center. Google is not stopping with just one OS – they are creating a second Linux based OS designed for hardware from netbooks up to desktops centered around their Chrome browser. It is not clear exactly what Linux components this OS will have, but I hope, at least, that apps written for Chrome-OS will be natively supported by Ubuntu and vice versa (i.e. they use the same components like X.org / GTK/QT etc. that other distros can use). With the name recognition of Google, Chrome-OS could quickly divert a lot of attention away from Ubuntu and further fracture the Linux eco-system. It is too soon to tell how compatible Chrome-OS will be with other Linux distros. For now, let’s hope they become a good partner in the Linux world instead of a divider.

Edit:  Works With U has a nice article about why Chrome-OS may be a good thing for Ubuntu: http://www.workswithu.com/2009/07/10/how-chrome-os-will-help-ubuntu/