The Linux Nvidia driver is a contentious subject, I know.  Forgetting the fact that it is a proprietary binary blob, I think the 180.29 release of the driver release  was their best in years.  Not only did it greatly improve 2D performance on several of my machines and fix numerous bugs, but it added something called VDPAU.  What VDPAU does is offload video decoding/playing from the CPU to the GPU; so, video playback should be smoother and allow you to more easily run other tasks while HD video is playing.

I decided to try this out on the mythbox I built recently to capture the digital HD signal that is freely broadcast over the air these days.  I have an onboard Nvidia GeForce 8200 video card and am running Mythbuntu 8.10 with mythtv 0.21-fixes.  Jean-Yves Avenard backported the 0.22 vdpau elements and created a Mythbuntu repo to upgrade the default packages (it also contains the 180.29 driver).  A discussion of Mythbuntu itself is coming soon.

The results are simply amazing.  The CPU usage on 1080p/i HD video has dropped from ~70% to < 1%!  There isn’t much to say but wow!  It did solve several issues with stability of HD playback in mythv due to high CPU usage and generally gave much smoother transitions.  So, thumbs up to the NVidia Linux devs, the MythTV devs and the Mythbuntu team.  Try it out for yourself if you have a Mythbox and an NVidia card.

People (including myself) criticize NVidia for not open-sourcing their driver, but, at the end of the day, it still gives the best performance and end user experience if you ask me.  That may change in a year as the open-source ATI driver matures.  But, for now, NVidia is still king of Linux graphics.

We are still working out the details of the BerkeleyLUG meeting locations and times.  However, I thought I would also use this space to write regularly about new and interesting developments in desktop linux.

I’d like to start, by pointing peoples attention to two games I have been playing on my ubuntu-eee (now easy-peasy) based Eee 901. I’ll probably write a separate entry on easy-peasy itself sometime soon.

The first is a free and open-source game that has been around for quite awhile called, The Battle for Wesnoth.  It reminds me of a  Super Nintendo game I used to play a lot in middle school called Ogre Battle but with better characters, graphics and gameplay.  Basically, it is a turn based strategy game with a lot of RPG elements like attributes, a story, and awesome artwork.  You basically build up an army through completing ~ 1 hour long campaigns to take back the land of Wesnoth, of which you are the prince and rightful ruler of.  I think it is my new favorite FOSS game of all time (I know there are some good 1st person shooters out there as well: openarena, nexuiz etc..).  The developers have a trailer at the website above, but here are a few screenshots: 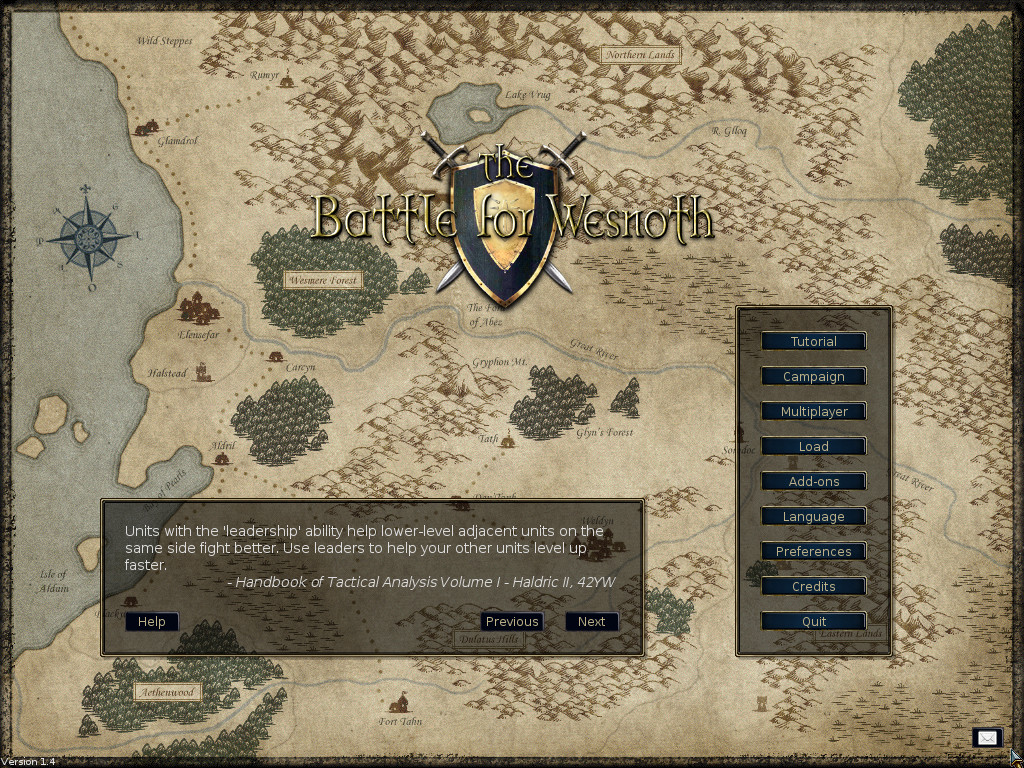 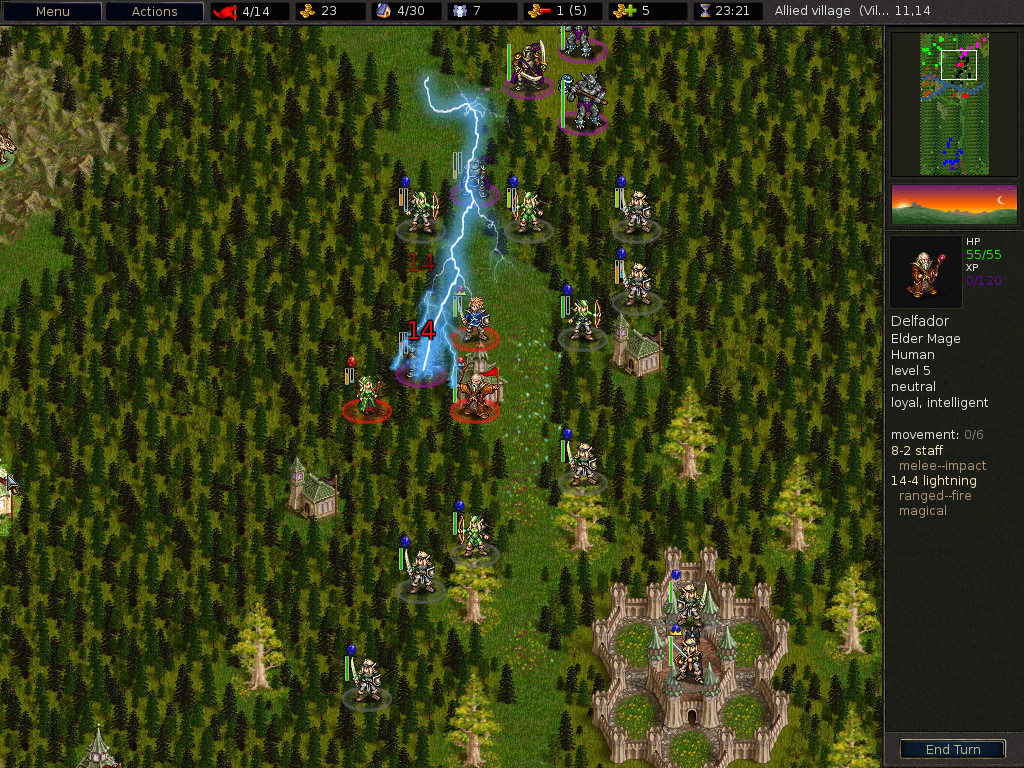 The next game I have been playing was just realesed for Linux on Friday: The World of Goo.  It is a really fun game that has existed for Windows/Mac and Wii for a few months.  The developer always emphasized the DRM freeness of the software, intrusting his users to do the right thing without encumbering their experience.  It seems a lot of Windows/Mac users didn’t respect this because it was estimated that 95% of the copies were obtained illegally.  He turned to Linux as an opportunity to increase sales.  This makes a lot of sense to me because Linux users are not known for pirating software – choosing free, open-source and DRM-free options instead of illegal ones.  The World of Goo is not open source, and costs $20, but it is definitely worth it.  It’d be worth it just to send the message to developers that they can make money on Linux apps if they treat users with respect, but the game itself is a blast and easily worth the money on its own.  The goo website also has a trailer that you should check out that does a better job describing the game than any screen caps could.

We are beginning to form the new BerkeleyLUG group. It may or may not end up as an extension of the BerkeleyTIP (Talk / Installfest / Potluck) meetings that have been going on for the last few months.  We will at least be in cooperation.

I hope this group has an emphasis on creating a desktop Linux support base and promoting the growth of the desktop user base in Berkeley and beyond.   Ideas involve a public awareness campaign, podcasts, videos and installfests.

Look back in the next several weeks for more information about our first events and about the organizational structure.