http://www.youtube.com/watch?v=5ocq6_3-nEw
Linux is celebrating it’s 20 year anniversary this year 1991 to 2011. According to Linux’s founder Linus Torvalds it’s true birthday is between August 25th 1991 when the first newsgroup post was made public and October 5th 1991 when version 0.02 was made public.

To commemorate the 20 year anniversary of the Linux Operating System, the nonprofit Linux Foundation has produced a video about the influence the open source operating system has had on the world. This is a fun but informative video about Linux’s legacy.

Yes, Android is a Linux distribution as well as a telephone operating system and apps. Android is a great success story for consumers and for Linux! Some people don’t know these simple facts but they are true. Android users, please inform your friends that using an Android phone makes them a bonified Linux user. Linux is turning up in consumer devices all over the world. Two devices i want to talk about today are the Nook Color Tablet & Huawei IDEOS phone.

First, I hope the 4th Sunday meeting today at Bobby G’s pizzeria in Berkeley goes well. I am sure a wrap up of the Solano Stroll that coincided with our 2nd Sunday meeting will be top on the agenda along with our usual sharing of Linux related news, events and answering questions.

I find it sad that consumer electronics companies try to lock out innovation from their users but rooting consumer devices is possible most of the time with a little time and effort. Some companies are better at encouraging this than others. We would be happy to try to help users getting started with Android by responding to your comments below.

Several of our members have purchased Barnes and Noble Nook Color devices for our own uses. When rooted they make a great $250 tablet with reasonable performance. While the specs are modest (like the price) this is an adequate way to get started. Let us know your experiences.

As I am traveling and since I needed a new phone I picked up the Huawei IDEOS U8150. I had heard of it and tweeted about it before I arrived in Kenya. Of course I rooted it immediately with CyanogenMod 7 and it’s much faster than my almost three year old Google G1, the first Android phone. I’m happy with it so far but it’s only been a few days.

I am almost three weeks into my 13 week stay in Nairobi, Kenya in East Africa working with dreamfish.com. We have made quite a bit of progress already designing and assembling open source software for the next website with a group of Nairobits graduates. I have to say I do miss the yummy pizza there at home. While ugali and sukuma wiki (kale) are wonderful it is not a fair comparison to me! 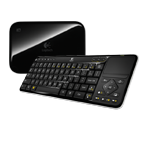 A couple of weeks ago, the price of the Logitech Revue with GoogleTV dropped to $99 – http://goo.gl/n5Hvw. This was finally low enough for me to grab one, give it a try and see how it compares to or complements my home-built MythTV/Boxee machine. I have also played around with the Boxee Box in the past, which currently costs around $200.

It is anticipated that the Revue will get an update to Android 3.1 (with the Android market included) in a couple weeks – leaked versions are already floating around out there, and developers can already play around with the new firmware in the Android SDK (I have tested my apps already, and they pretty much worked and looked great without any need for modification). However, my initial review of the product will be with the current version of the firmware and not the leaked version. As this update is bound to vastly improve the usefulness of the device, I will probably have to update this review when I have access to it.

First off, I am a pretty big fan of Android; so, I like the idea that GoogleTV is based on the same platform as my phone and tablet. It feels very familar. For example, you can press and hold the home button to get a list of currently active tasks (and yes, your TV can now multi-task!). Additionally, the settings look familiar and the feel of the interface just generally screams “Android.”

The device is pretty responsive while navigating and one of the biggest surprises I found while using the device is how much I love the bluetooth keyboard remote that comes default with the unit (see the images on the Amazon page linked above). I was skeptical of its size at first; but, I now must admit that it is by far the best home-theater remote I have ever used. On my home-built MythTV box, I have an infrared remote (similar to http://goo.gl/eLdLa) and a compact bluetooth remote keyboard (http://goo.gl/0yJp5). They both pale in comparison to the Revue remote. The IR remote can only control the mouse through lircmd daemon (which is a pain to setup and leaves a lot to be desired in usability), and the compact keyboard/mouse combo has a pretty poor button layout for navigation. The Revue remote just feels light, well laid out and very efficient to navigate around with.

The biggest dissapoint with GoogleTV is the relatively small number of native apps available compared to Boxee for example.  It comes with approximately 10 with no way to get new native apps. This is about to change in a very big way with the release of the Android Market to the device. The Amazon Video app itself is also pretty disappointing in that it is basically just a link to the Amazon VOD webpage that has not really been optimized for the device. On the other hand, the Netflix app is great and the web-browser and search apps are really really well done. Browsing the web on the device is a really great experience. It is surprisingly easy to navigate and to discover new content.

What is not said enough about GoogleTV, though, is that while there are only a handful of native Android apps available (again, at least until the Market is released), there are practically already a limitless number of html5 optimized web-apps for GoogleTV. These apps, which run in the Revue browser, often look and feel just like native apps. What is particularly nice about these apps, is that, though they are often designed with GoogleTV in my mind, because they utilize html5 or flash and live in the browser, they can also be used on Boxee or on your desktop/laptop with the keyboard. Here try a few of them out for yourself: http://www.google.com/tv/spotlight-gallery.html – (Crackle, Clicker and KQED are some of my favorites). Notably missing is a Hulu app.  This is missing not for any technical reason, but because Hulu has chosen to block their content on GoogleTV. This is a bummer for sure; but there is still a ton of content available.

Another disappointment in the Revue is the Logitech media player app. This app advertises itself as being able to view and play media from shared drives (such as samba shares) on your network. The problem is, it only recognizes about 20% of my content, none of my mkv files are recognized for example, and displays the files it does find in a random order with no setting to sort alphabetically. Secondly, the app doesn’t do any kind of curation: It doesn’t look for movie descriptions etc., and requires you to step through a series of menus where you choose individual shared drives each time you launch the app. I am sure that once the Market arrives on GoogleTV someone will have an awesome replacement app in a matter days, but for now, organizing the media on your network using the Revue is a total fail. This is probably the main area where Boxee really outshines GoogleTV.

So, all in all, the Revue is a great little device with a lot of potential once the Android Market comes to it. In it’s current state it is worth $99 but not much more – but the value is poised to go up once Honeycomb drops.

Solano Stroll is fast approaching Sunday, Sept 11, 2011 from 10-6. The team has been planning our booth for quite awhile. Join us!