Here is a plot of the linux market share for the past several years based on hitslinks’ stats: 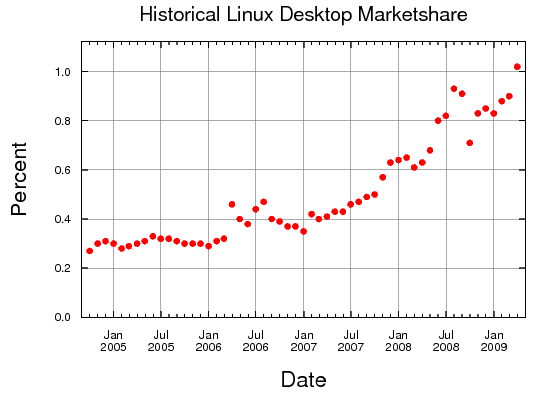 1 in 100 desktops/laptops is now linux according to hitslink.  Hurray.  While this number may be a low estimate due to linux users visiting different sites or hiding their browser identity, the main thing to take away from this is the trend: up!  Over 300% in just a few years.