Let me first start off by saying that someone is likely going to be very angry at me for omitting program x, y, z or Miro. Please express that anger in the comments below. The three media centers I list are my favorites. All of them integrate easily with MythTV by adding a simple menu item, and each work greats with remotes and looks good on your TV. MythTV itself might qualify in this category. However, I find Myth makes a good OS (mythbuntu) and PVR (with a great web interface), but I think it is fairly awful at organizing your media and playing web vids. So, I leave it out of the media center category. I personally run a Mythbuntu system with the following three media centers installed on top of MythTV to organize my local media and watch web content. 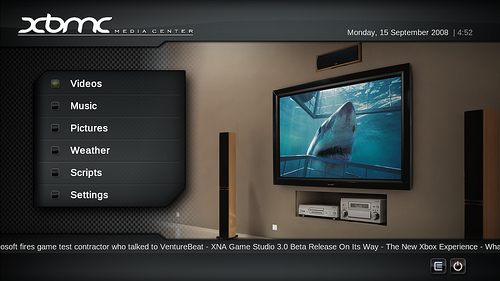 This media center was designed for the original XBox hardware. However, it has since been ported to Linux, Apple and Windows (and other game systems). It has an extremely beautiful interface.  XBMC indexes the music and videos on your hard drive or networked drives and plays them back with a lot of elegance. It is easy to configure your remote control and video playback utilizes VDPAU on nvidia cards. So, you get amazing performance during playback (HD video uses less than 10% of your CPU). Beyond playing back your media, XBMC has a ton of plugins (http://www.xbmczone.com/) that let you play online content like streaming video (ex. CBS), podcasts (ex. The Onion, Game Trailers), grab subtitles for movies etc… It has a MythTV frontend plugin which is great if you have a MythTV backend somewhere on your network like me – it is pretty new, though, and I find it a little clunky compared to a real MythTV frontend. The one killer plugin that is missing is a Hulu plugin, though. This is the main reason I spend more time in Boxee. 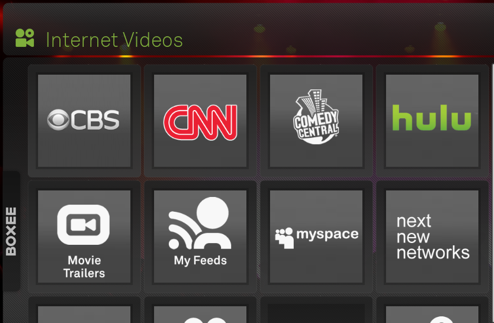 Boxee is media center that was broken off of XBMC. Basically it is XBMC plus a cleaned up interface, a social network and a few more key plugins. While much of Boxee is open source – these additions are closed source, which prevents XBMC from taking advantage of the Boxee developers work. This is pretty lame of the Boxee team, but they are trying to turn Boxee into a business; so, there you have it. The social network aspect of Boxee lets your friends see what you are watching/listening to and lets you recommend shows or songs to your followers. The main reason to use Boxee over XBMC is the Hulu app based on Mozilla (and a few other apps that are missing in XBMC). It is also generally a bit simpler to use. When I installed it on Ubuntu, my MCE remote immediately worked. Its media indexing system is not very good, however. Your files have to be named in a particular way because it does not read metadata, and even after this, it still fails to index a lot of my music. Apparently metadata indexing is coming in a future release – which should fix the problem. I also don’t like having to login to my username on each launch and there is no VDPAU playback yet.  Overall, though, I spend more time in Boxee than either of the other two examples because it is clean and the plugins are awesome. 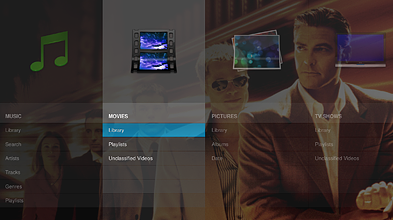 Moovida is an open-source media center from Fluendo the makers of the legal Linux gstreamer codecs. The interface is once again extremely beautiful and it works great with remotes once you get it working. However, I initially had trouble setting my MCE remote up.  The indexing system on Moovida is the best of the three media centers on this list. So, if you just want to play back local media, this is probably your best choice. While there is a plugin system, only a few plugins have been written so far. And, there is currently no Mozilla or Hulu integration. I really haven’t used Moovida as much as XBMC or Boxee, but I am going to keep a close on eye on its development over the next little while to see if it gets more impressive addons.

And there you have it.  Try them out and set up a great media center.