The hardest part of using Linux is often installing it.  Over the last couple of years, Linux has come a long way in terms of hardware support, and these days it is relatively rare that an installation of ubuntu/fedora will be lacking any drivers for your machine. However, installing any OS can still sometimes be a tedious task and one that scares the wits out of the average computer user. And, for the expert users out there, it’s just more fun to buy a computer with Linux already on it and not have to pay the Microsoft tax – even, if you are going to put your favorite distro on it anyway.  You can find Linux servers sold all sort of places, but where can you find Linux desktops for sale? Here is a list of places I have had good experiences with or have had heard good things about directly:

I bought a laptop (1420) from dell with ubuntu preinstalled.  It showed up and all of the hardware immediately worked flawlessly: webcam, wifi, suspend/resume, audio, compiz etc…  The good thing about buying a dellbuntu, as opposed to a computer from Best Buy, is you can be absolutely sure that everything will be supported.  Beyond piece of mind, buying an ubuntu machine from Dell sends a message to the big manufactures that there is a demand for Linux and Linux support on their computers.

ZaReason is a local Berkeley company that sells preinstalled Ubuntu desktops and laptops all over the world.  They also sell Ubuntu swag such as case badges to replace any “powered by windows” stickers on your old computers (of which I have bought to give away at our meetings).  The prices start low and the computers are available with many customizations.  Whenever you buy a machine from ZaReason, they include a screwdriver in your package, letting you know that you are free to tinker with your computer.  If you want a preinstalled Ubuntu computer with great Linux support and would rather promote a small Linux only dealer than a big corporation like Dell, consider ZaReason.  I intend to buy my next computer from them.

Like ZaReason, System76, sells preinstalled Ubuntu Laptops / Desktops (and now they have their very own netbook).  They were one of the first companies to sell their own Linux systems and have a large user and support community (including their own forum at ubuntuforums).  Hardware support is flawless and they have a wide array of machines designed for everyday users, to business laptops to servers.  I have never had experience with a System76 machine, but have heard nothing but good things.

Unlike System76 and ZaReason, EmperorLinux does not create their own computers.  They get high-end computers from Dell/Lenovo (including several tablet options) and install Linux on them for you.  These are great for power users who want a high end (or business) machine with Linux on it.   But, it does not have the advantage of being a true Linux computer from start to finish.

Linux certified also sells some preinstalled Linux laptops/desktops. I know very little about these machines, but they are worth looking into before you decide on a purchase. 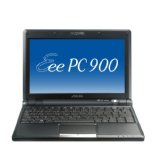 Since the EeePC, a lot of netbooks have flooded the market, most with a Linux option.  I own and love the EeePC 901.  It originally came with a somewhat lame Linux distro based on Xandros.  However, I have installed Ubuntu Netbook Remix on it, and it is a great little Linux laptop.  Here are EeePC Linux options available at Amazon.Com:

Finally, it looks like HP  is getting back into the game…

Additions from the Comments:

Puget Systems http://www.pugetsystems.com/ – Looks like they sell both Linux and Windows custom PCs.

Los Alamos Linux http://laclinux.com/en/Start – One of the oldest Linux sellers.  Looks like they are similar to EmperorLinux in that they mod Lenovo’s for example.

Affordy http://www.affordy.com – Looks like another company similar to System76 and ZaReason.  Nice to have options – good review below in comments.

Also, as one of the commenters kindly pointed out, Linux.org has a list of some vendors (though, since they are missing most of my original suggestions, it is certainly no master list):  http://www.linux.org/vendor/system/index.html

73 thoughts on “Where to Buy a Preinstalled Linux Desktop / Laptop”