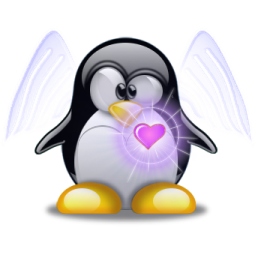 Bryan Lunduke of JupiterBroadcasting recently gave a talk where he laid down some tough love onto desktop Linux’s backside. One part in particular, really caught my attention. He claimed that Linux lacks some key programs (like video/audio editing tools) because such programs require a full time commitment from a small group of developers. A true full time commitment clearly requires monetary compensation: enough money coming in to support yourself, a family and at least one ridiculously big TV. While I can think of many counter examples, lots of key applications for Linux are indeed already supported by full time developers at corporations like Red Hat, IBM, Sun, Novell, Canonical. But, despite the contributions from such companies, other important applications for the Linux desktop are lacking because developers can’t find a means to support themselves on those projects. It seems clear, that we as desktop Linux users need to step up to support our developers.

Why should we donate to software that is freely given away? There is a difference between between free as in open-source and free as in money. Linux and open-source software (OSS) is (and should be) about the former and not necessarily the latter. If we all take the money we have saved by not buying Windows, Office, Photoshop etc and donate just 10% of that sum to the open-source projects we care about most, we would be able fully fund a lot of great open-source developers.

Why haven’t I already given these projects money, if I feel this way? It’s true; I have never in my life paid for OSS (until recently), but I have paid for a lot of closed source software on Linux: VMWare, Mathematica, World of Goo. The main reason that I have given money to these closed projects and not to OSS, is that they make it easy to take your money. I.e, I don’t really even know how to give OSS money. What is needed is a clear way to give and organize contributions to developers of OSS projects. That is what I am proposing below.

But first an example: a couple weeks ago, I suggested to Chris at Jupiter Broadcasting that he add a donation button to the JB page. I now give a few bucks a month to JB, and in total, after just a few weeks, they currently receive over $200 a month. And, damn, they are just a podcast! I would give much more than that to X.org, MythTV, Canonical, Compiz etc… and I think many others would, too.

I propose we develop the following: a single central website devoted to funding OSS. I imagine it as place where developers can register their projects and a means to contribute (something like a paypal button), and users will come and donate to their favorite of those projects. It would awesome to integrate a sort of social networking site where you could get karma for contributing and projects could be ranked on popularity etc. This also creates a direct feedback between users and developers. If you don’t like the way development is going, you can stop contributing. If a new project pops up that you love, you can move your money to that project. If it were this easy and fun, I think we would see a lot of contributions from the Linux/OSS community.

So, I purchased the domain HelpOSS.com (mainly because I think the phrase ‘Help OSS Help You’ is witty). However, I have to admit that I don’t really know how to make a social networking site – my webpage/hosting experience is mainly in html and canned programs like WordPress or Joomla. Currently the site just has a bunch of links to projects I know of who take donations… So, I am hoping I can recruit some people here to help make this a reality. Who is with me??

3 thoughts on “HelpOSS Help You”